WAtoday: Man's teammates bring him back from dead, then doctors cure his heart condition 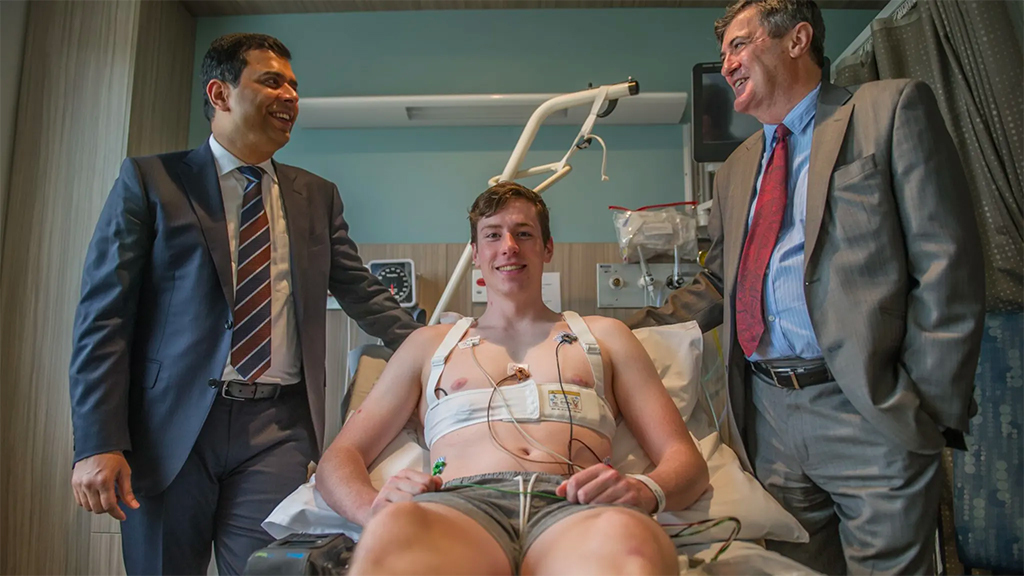 When Tarran Savage - an apparently healthy 22-year-old - fell to the ground while playing indoor soccer, he was clinically dead.

He could not have known he had a condition which made his heart a ticking timebomb, at risk of cardiac arrest at a raised heart rate.

If it wasn't for the cool heads of his team mates and bystanders, as well as a defibrillator located on site, he would not have left Kaleen Indoor Sports Centre alive.

Mr Savage woke up responsive at Calvary Public Hospital's intensive care unit the next day and fears he may have been left with permanent brain damage dissipated. 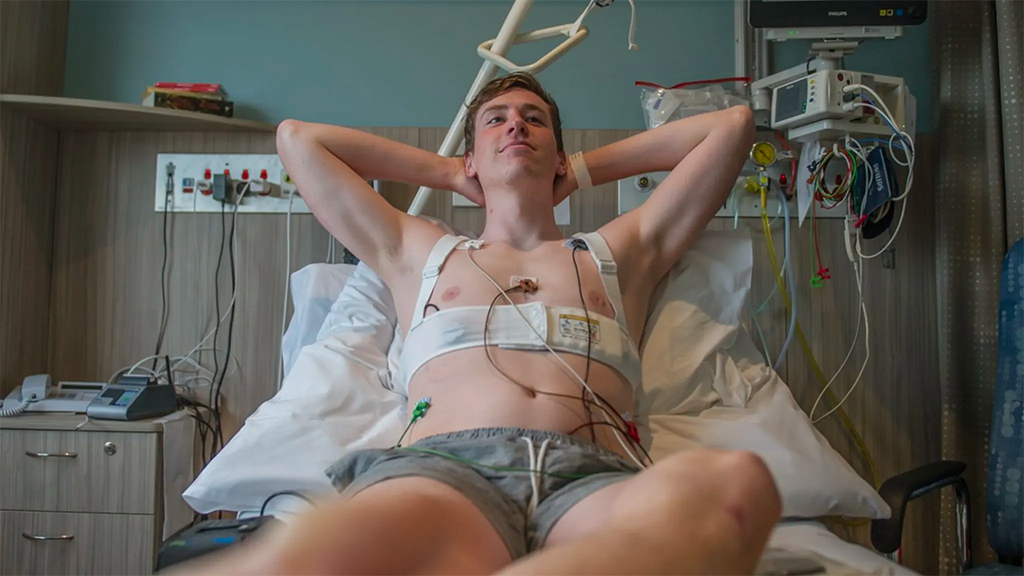 Within days his previously undiagnosed rare heart condition was almost certainly cured, thanks to an electrophysiology service that until recently was not available in Canberra.

Mr Savage left National Capital Private Hospital on Wednesday, less than three weeks since going into cardiac arrest on the soccer pitch, ready to get back into normal life

He now knows better than anyone the importance of knowing CPR and the value of defibrillators in public places.

"I never would never have imagined it would happen to me," Mr Savage said.

"You may never use CPR but you save someone's life if you do.

"I'm sure the people who used it on me never thought they'd use it."

Mr Savage has no memory of anything from the day of his cardiac arrest, but his mates won't ever forget it.

Teammate Matt Anderson was on the field when he heard startled people calling for help.

Mr Savage had fallen forward head first and by the time Mr Anderson reached him he was lying on his back, eyes open and unresponsive.

Within seconds an ambulance was called, within 30 seconds someone had started CPR and within minutes someone had located and activated the automatic defibrillator.

"We've all been talking since that we need to go on a first aid course to make sure we know how to do CPR and general first aid," Mr Anderson said.

Dr Peter French was the first cardiologist to assess Mr Savage when he arrived at Calvary Public Hospital.

After Mr Savage woke up free from brain damage, Dr French's priority was finding out what caused the cardiac arrest.

"The most important thing for us is that we had a 22-year-old man who had been given a chance because his team mates had performed CPR," Dr French said.

"We didn't know why this had happened and we had to find out."

After a series of tests, Dr French referred Mr Savage to fellow cardiologist Dr Rajeev Pathak at the National Capital Private Hospital - an electrophysiologist who recently arrived back in Canberra.

He's one of two electrophysiologists in the territory and the only doctor available to public patients.

"In the past we had to send patients away for all electrical problems with the heart," Dr French said.

Dr Rajeev discovered a short circuit on the left side of heart, performed an ablatation and cured his electrical heart abnormality.

Mr Savage will wear a donated Zoll Life Vest, a wearable defibrillator, for peace of mind while waiting for the results of genetic tests, but Dr Rajeev is confident he won't have issues with a racing heart again.

The only clue to his rare condition was heart palpitations which had occurred over the past 10 years.

While he once saw his GP about it, his symptoms were never severe enough to be referred for the invasive tests which could have found the abnormality.

Kaleen Indoor Centre manager Ben Santosuosso​ said the defibrillator belonged to the adjoining Eastlake Football Club - which bought it at considerable expense a number of years ago - and all staff knew its whereabouts.

He wants to see the ACT Government offer rebates for sporting clubs to purchase a defibrillator.

"It was really scary for everyone involved but there were a lot of cool heads," he said.

Mr Savage is looking forward to enjoying the Christmas and New Year period with his family, friends and girlfriend with a new perspective on life.

"It's definitely taught me not to take things for granted," he said.

"I'm so lucky, my friends were there, and there was a guy who knew CPR really well, there was a defibrillator - everything was perfect in a way".